Small Steps for Womankind: The Woman’s Hall of Fame Turns 43

We’ve all heard the saying,

It might as well be the motto for the National Women’s Hall of Fame, created 43 years ago today (that’s 1969, for those of you who haven’t had your coffee) in Seneca Falls, N.Y; a site considered the birthplace of the Women’s Right movement from the Seneca Falls Convention, held July 19-20th of 1848. There, our foremothers drafted, fought for, and (with the impassioned help of Frederick Douglass) passed the lesser-known Declaration of Sentiments, modeled after the Declaration of Independence, which began,

“We hold these truths to be self-evident: that all men and women are created equal…”

It also included a list of resolutions, including that women have the right to vote. Soon after it passed, An article in the Oneida Whig described it as, “…the most shocking and unnatural event ever recorded in the history of womanity.”

Isn’t it sad how women have historically been, and still are today, just as guilty of patriarchy as men? In April, women were the ones bashing Ashley Judd for her “puffy face“, inciting this response:

Patriarchy is not men. Patriarchy is a system in which both women and men participate. It privileges, inter alia, the interests of boys and men over the bodily integrity, autonomy, and dignity of girls and women. It is subtle, insidious, and never more dangerous than when women passionately deny that they themselves are engaging in it. This abnormal obsession with women’s faces and bodies has become so normal that we (I include myself at times—I absolutely fall for it still) have internalized patriarchy almost seamlessly. We are unable at times to identify ourselves as our own denigrating abusers, or as abusing other girls and women.A case in point is that this conversation was initially promulgated largely by women; a sad and disturbing fact.

As with most equality movements, progress has been slow and the fight is far from over, especially when women are still fighting against each other. It took 70 years from the Seneca Falls Convention until women were finally allowed to vote. It’s only been 90 years (Okay, slightly over, smartypants.) since, and it’s no wonder there is an outcry among women there is a plateau or stall in both American and global feminism.

In the Democratic Republic of Congo, described as “rape capital of the world”, women are not only suffering unequal access to education or economic empowerment, they also suffer significant threats to their personal security on a daily basis because of a war fought primarily between men. In Darfur, rape and other forms of sexual violence are being used every hour of every day as a weapon of war in order to humiliate, punish, control, inflict fear and displace women and their communities.

Though in very different ways, American women struggle for equality, as well. They earn just 70 cents for every dollar a man earns and it’s even worse for women who are minorities. Through clever media and marketing, our faith and knowledge in our body’s own natural capabilities have been dissuaded and discouraged, both from birthing naturally and from exclusive breastfeeding to 6 months as the World Health Organization AND the American Academy of Pediatrics recommend.

It’s no surprise, given War on Women being waged today by Republicans, restricting access to reproductive healthcare  choices in the first place (though quality of care and c-sections are among the highest risk factors in US maternal deaths) Merely discussing these women’s issues (which includes verbage of the body parts involved -like vagina-) recently got two women banned from the Michigan House floor. Think that’s bad? Michigan House representative Barb Byrum was just banned –again!– this time from addressing pay equity.

Clearly, we’ve got a long way to go.

Okay, so we’re not getting hung, raped and pillaged in American anymore, but merely settling at not-as-fucked-up is a slap in the face to all who have suffered and fought so hard to make it that way. These women were “just women“, like you and I:  Mary “Mother” Jones didn’t start until after she was 50. Sojourner Truth never learned to read. Maya Angelou was raped and didn’t speak for 5 years. Helen Keller could never see or hear. Every one of the women honored overcame their struggles with this one, simple thought: 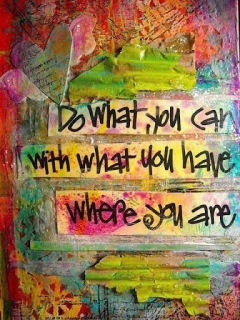 So where to go from here?

There are plenty of women’s issues that appear every day in the news. Woman simply using their breasts as nature intended (or NIP: Nursing in Public) anywhere but under a cloak of shame (or behind germ-infested bathroom stall doors) is enough to make headlines and get anyone normal headstrong enough to take such time liberty with their baby breasts in public dubbed doing it right a ‘feminist‘. These trailblazing, root-shaking, change-making women are undoubtedly shaking their fists from beyond at the sad fact is that simply being born with a vagina and a brain is enough to qualify one as a feminist, no action required.

It is within each of our grasps as women and men to make the changes in ourselves necessary to see the change in how society views women. Speak your mind, even if your voice shakes, ladies! There have been many small steps before us, but the journey is far from over and the torch has been placed in our hands. 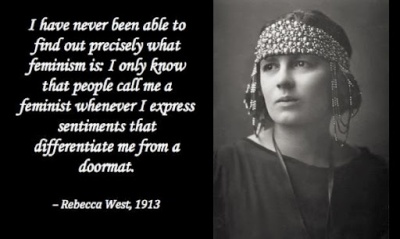 Here are just a few of the 247 listed women who have been honored in the Hall of Fame, including 30 living legends; women who have sang loud and proud the song of women’s rights amidst a symphony of backwards thinking, rattling their chains for equal treatment and free use of their mind and bodies for nature’s (or God’s, if that’s your steeze) intended purposes… long before there existed internet headlines to make.

In order of their birth, some highlights from the list of our foremothers, whose trailblazing efforts we honor and appreciate as we celebrate today the anniversary of the place that brings them all together.

Feminsm isn’t just for or about martyrs and suffragettes. It’s about you and I -male and female- uniting, educating and encouraging ourselves and each other to take a holisitc approach towards womanhood; where each woman has the right and the freedom to exist as a whole human being, not as defined by sexual identification by themselves or others.

For more, check out all 247 women who have been honored in the Women’s Hall of Fame.
[Update: 7/23/12 RIP Sally Ride. Thank you for taking one small step for womankind.
See What We Can Learn From Sally Ride and Her Parents]
Also, feel free to check out these empowering, female-friendly videos for yourself and your kids and please share in the comments or on my Facebook page any other empowering music, reading or resources.
Who are your favorite female role models? Why?
What do YOU have a passion for? 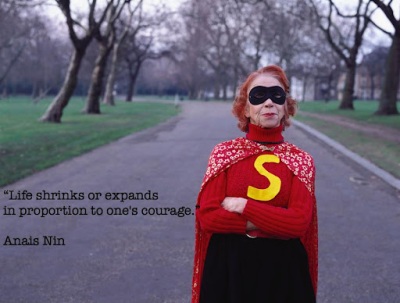 What are you waiting for?

If you like this post, you can subscribe by RSS or e-mail and have a fairy
(or ‘a series of tubes’ if you’re Ted Stevens) personally deliver each post to your inbox.
You can also like me on Facebook to join the Progressive Parent community
for activism, lactivism, laughtivism and more!
If you really like this post and are feeling philanthropic, you can make a secure donation
through Paypal using the button in the column on the right. ♥
Tweet

Clearly I am not just an ass

Check out these women-friendly resources & leave your recommendations in the comments!